A Celebration in Honour of Multicultural Contributions
On Saturday, November 22, 2014 the Multicultural Council of Saskatchewan recognized all those who have made significant contributions to the multicultural community. The event took place in the elegant setting of Government House in Regina and concluded Saskatchewan Multicultural Week. The event consisted of a ceremony featuring the WeAreSK PSAs, speeches and awards, followed by a reception in the ballroom with a sampling of cultural treats. About 100 people attended the event.
Heather Salloum, Executive Director of the Office of the Lieutenant Governor, the Honourable Mark Docherty, Minister of Parks, Culture and Sport, and Bruno Kossmann, MCoS President, spoke at the event. All spoke about how multiculturalism enriches Saskatchewan and the province’s commitment is demonstrated by the 40th anniversary of the original Saskatchewan Multicultural Act. Ms. Salloum delivered an eloquent reading on the real impact of volunteers. Finally, it was recognized that all the award nominees and the trailblazer who created the 1974 Act and the 1997 revision are leaders in the community and should be commended for their efforts.
Media were on site to interview the award recipients and Minister Docherty.

Multicultural Youth Leadership Award The Multicultural Council of Saskatchewan and the Saskatchewan Human Rights Commission presented the second annual Multicultural Youth Leadership Award to an individual who is 29 years of age and under and has made significant contributions to multiculturalism.
2014 Multicultural Youth Leadership Award recipient: Priya Kumari Bilkhu
Priya Kumari Bilkhu has been involved in Indian cultural activities since she was a young and energetic girl. With dance as a passion, Priya demonstrates an admirable willingness to learn, participate and share her Indian cultural heritage. Her pride and dedication were evident in her role as Youth Ambassador for the Indian Pavilion at Mosaic for 2 years. This afforded her many opportunities to interact with peers of various backgrounds and share her culture. She found it particularly heartwarming to perform for the elderly during “Bringing a Little Mosaic to You”.
The volunteer spirit extended to life at high school where she participated in the dance team, was MVP in grade 12 and has returned after graduation as Assistant Coach for the past 2 years. The leadership, team work and confidence built here also played a role in Priya’s involvement in Campbell Collegiate Business Club Executive Team where she found opportunities to combine her passion for multiculturalism with helping those in need in pioneering the multicultural lunch for Adopt-a-Family. She was part of a Bhangra dance performance for Multicultural Day at the high school that gave her the chance to show her peers where she is from and the beauty, the art and the fun of it all.
Priya is now a Youth representative on the India-Canada Association board and continues to enjoy sharing her culture and learning about others.
Betty Szuchewycz Award
Each year, the Multicultural Council of Saskatchewan presents the Betty Szuchewycz Award for outstanding contributions to multiculturalism in the province.
2014 Betty Szuchewycz Award recipient: Nadine Williams
From a very young age Nadine has been an ambassador of culture, proudly sharing her own culture and celebrating the cultures of others. Nadine not only embraces her own culture, but she readily promotes inclusivity and multiculturalism as a means of bringing people together. For over 20 years Nadine has been steadily giving of her time as a participant, supporter, committee member, and executive board member of these organizations. By doing so she has helped to bridge the differences that exist among different groups, creating enduring relationships.
As an elementary and high school student Nadine participated in Regina Multicultural Council’s speech competitions for several years. Her speeches were aimed at educating her audience about the importance of diversity, and inspiring others to embrace multiculturalism.
Nadine’s commitment to culture continued with her involvement with the Saskatchewan Jamaican Association. (SJA). She has been an active member with SJA since the age of 12. She held the position of youth representative for several years, and has subsequently held the position of public relations officer on the SJA executive for the past 12 years, representing the SJA at media interviews to share information about Black History Month and Jamaican independence. Nadine is instrumental in coordinating Jamaican independence celebrations. Nadine also works tirelessly to coordinate Black History month events including a community breakfast, youth workshops and Gospel Fest, which now includes the Community Hero Award. The impact of Nadine’s work is seen in the sense of community, and in the individual and collective pride that is created through these events.
With the Saskatchewan Caribbean Canadian Association, she regularly volunteers at the Mosaic, serving as senior ambassador for the Caribbean pavilion at Mosaic 2014. She also actively promotes and volunteers at CariSask, a Caribbean festival held each July in Wascana Park.
Nadine has served three years on the Executive Committee for Saskatchewan Visible Minorities Employees Association, an organization that serves to promote equality and equal opportunity for all visible minorities working within the Saskatchewan government and Crown corporations.
Nadine’s interest and commitment to multiculturalism is one that started at a very young age and one that shows no signs of slowing down. She continues to devote countless hours to advancing multiculturalism. Culturally competent, she encourages, and supports her own children as well as all children and youth to be proud of their culture, to participate in various cultural activities throughout the city, and to value and celebrate cultural differences. 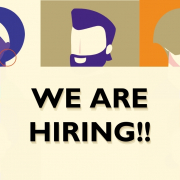 A Rainbow of Culture in Rosthern

Voices Into ActionCanada’s race problem? It’s even worse than America’s.
Scroll to top