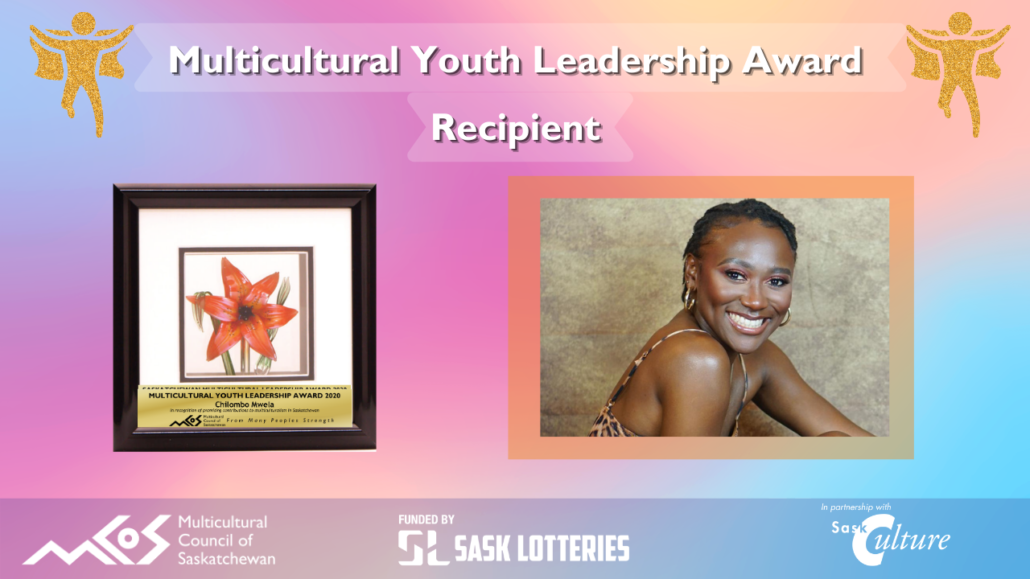 Chilombo Mwela is the 2020 recipient for the award. She uses her voice, team spirit and her position as President of the University of Regina African Club (URAC) to display and share her African cultural roots while welcoming diverse perspectives. Chilombo is driven by the belief that different parts make a beautiful whole hence, her support for local artists’ expressions through “You Matter” with dance, and “Your Voice” using photography. The subject of exposing and dismantling racism and discrimination is very dear to her heart. She was among the organizers and speakers at the Black Lives Matter (BLM) rally on June 7, 2020. Chilombo spoke out against prominent racial behaviours displayed towards Indigenous Peoples and African Canadians through the hands of institutions that are supposed to protect them such as the police and hospitals. She is a dynamic young woman who wears many hats, including makeup artist and wrestler, so it is not unusual see her on billboards in the city! She will receive $500. 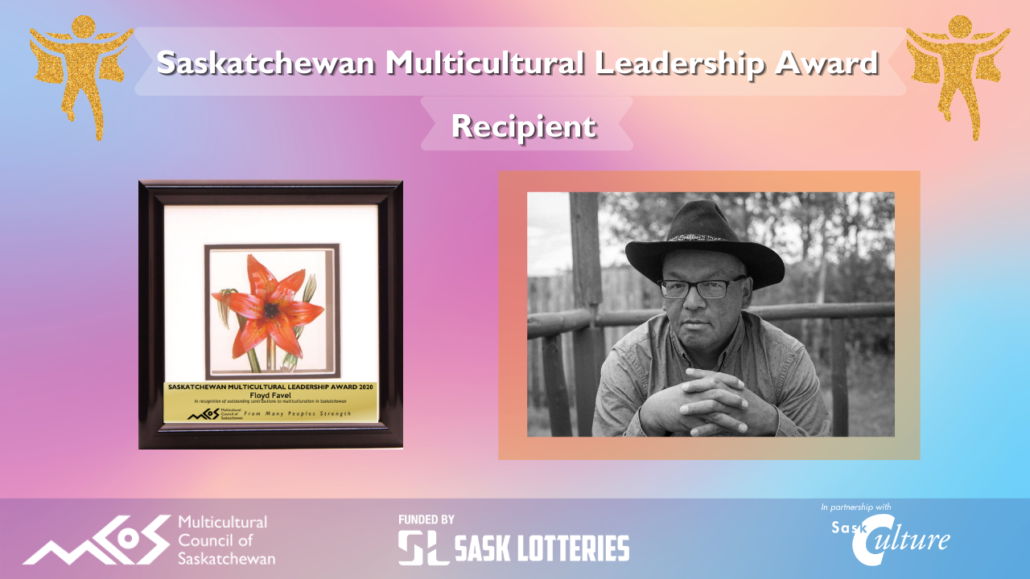 The highly experienced Floyd Favel won the Saskatchewan Multicultural Leadership Award. He is an accomplished essayist, journalist, playwright, theatre director, cultural activist and Cree traditionalist. His essays based on his life work are being published and translated into Polish language. He is an active organizer of cultural and artistic events in his community. Favel created the Poundmaker Indigenous Performance Festival, an Indigenous festival which includes diverse performers, guests, and audience. Through this festival, Floyd Favel emphasizes the strength of welcoming multicultural communities by allowing collaborations, sharing, and cultural retention, as well as diversity within the arts community.

Floyd is a champion of open dialogue and has demonstrated multiculturalism over the course of his career. He is curator of the award-winning Poundmaker Museum, which tells important stories of Chief Poundmaker, Chief Big Bear, and other local heroes. They have repatriated important art and artifacts, and were the site of the Prime Minister’s exoneration of Chief Poundmaker. He also starred on CBC Radio’s Dead Dog Café. His $500 will be donated to a charity of choice.