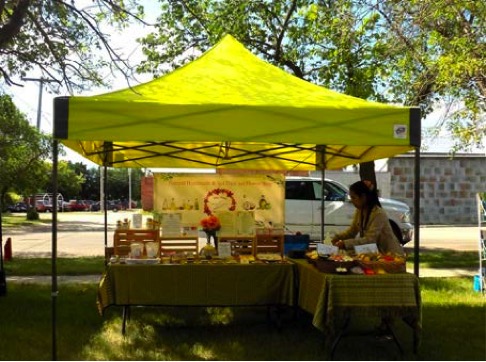 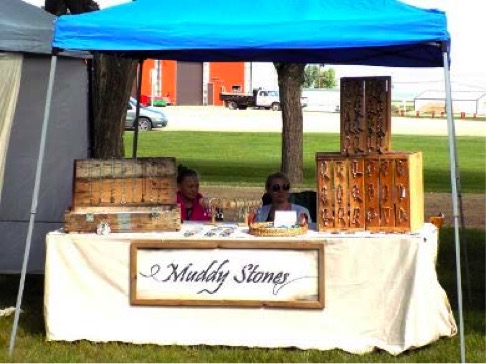 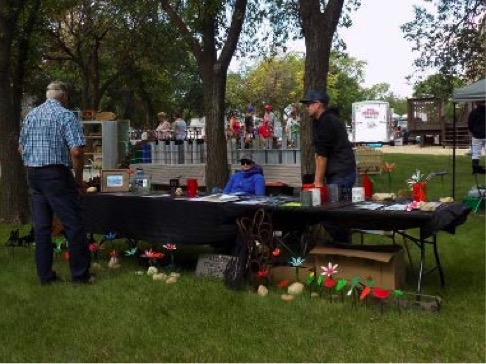 The annual Old Wives Lake Festival brings together history, culture, recreation and community pride. Festival-goers enjoy the street fair, engage with the fascinating and emotionally-told history of Mossbank, and many attractions (bouncy castles, face painting) in one weekend. The Town demonstrates the importance of deliberate action to reflecting its diversity through cultural performances, storytelling, food, and music. These evolutions in the festival build the relationships needed for deeper sharing, community cohesion and sustainability.

The Farmer’s Market featured over 30 vendors both local and out-of-town, education sessions about birdwatching which is a popular past-time in Mossbank, and the Bird Sanctuary’s viewing stations to catch a glimpse of the many species that make their home Old Wives Lake.

A thrilled Corky Rasmussen-Turner said; “I had such fun drawing caricatures, and I met some really friendly people! Thanks for letting me be a part of the festival!”.

One of the high points of the event is the famous blacksmith demonstrations, which is really where the festival began years ago and remains the only blacksmith in the province that remains on its original site with most of its original tools.

Act! Together We make a difference
Scroll to top