NEWS RELEASE: The Multicultural Council of Saskatchewan Calls for
Country Thunder to Recognize and Reject Racism in Performances

July 17, 2019
REGINA -The Multicultural Council of Saskatchewan (MCoS) joins the Federated Sovereign Indigenous Nations (FSIN) in calling for Country Thunder Music Festivals to discontinue contracts with Williams and Ree due to their ongoing use of harmful stereotypes. Additionally, we call on Country Thunder and other festivals in Saskatchewan to refrain from featuring any performances with racist content in the future. Racism: Recognize it. Reject it!
While race has minute basis in biology, it is a social construct created for groups that place themselves as superior to exploit and oppress those they designate as inferior. Racism works through cultural, systemic, individual and internalized forms.
This Williams and Ree comedy act, which exploits stereotypes about Indigenous Peoples as jokes, is cultural racism. Cultural racism is how we come to learn values, beliefs, and norms, and the hierarchy that we assign cultures. We usually are not aware of learning these concepts or how we reinforce them. Cultural racism shows up in advertising, movies, history books, definitions of patriotism, and in policies and laws. It influences collective beliefs about what constitutes valuable performances. It contributes to systemic racism by providing justification for laws and policies, such as racial profiling. Cultural racism is also a powerful force in influencing individuals to believe in the superiority or inferiority of their ethnic, religious or linguistic heritage. These beliefs translate into individual racism and internalized racism.
The cultural racism evident in the Williams and Ree act relies on and normalizes stereotypes about Indigenous Peoples. This contributes to the climate of permission to express racism and hate. There is no question that some people carry negative perceptions of First Nations and Métis people based on common stereotypes. The results of providing a platform to overtly reinforce stereotypes translates into individual actions. These range from choosing tenants for rental housing, hiring practices, and treatment of individuals. We are aware of reports of racism in comments hurled at Country Thunder staff based on stereotypes reinforced in the performance. This discrimination is degrading with impacts on mental health and safety. Racism, as seen in this comedy act, actually gives permission to people to act on prejudice.
We note that Terry Ree is Indigenous. In this context, we also see internalized racism at play. This occurs when people targeted by racism come to believe that the stereotypes and prejudices of racism are valid. Conversely, MCoS understands that Indigenous Peoples are important contributors to Saskatchewan in the past, present and future. We encourage all residents of this land to learn about tradition and the ongoing impacts of colonization: TRC Principles and Calls to Action, MMIW Calls for Justice, and OTC Treaty Education. We are all treaty people.
“The Multicultural Council of Saskatchewan is grateful to the leadership of Chief Bobby Cameron and the FSIN for calling out racism in this performance. We support their efforts in our work to create awareness about racism, how it works, and its impact. Racism is never funny; racism damages individuals and communities. Humour can be a tool to normalize stereotypes, or to make us question the ideas underneath them. It can contribute to a culture of permission for racial discrimination, or it can open thoughts and conversations. We call on festival organizers to consider the impact of the words and actions of performers. We ask the residents of Saskatchewan to recognize and reject racism. The provincial motto, From Many Peoples Strength, shows us that Saskatchewan can do better to create a welcoming and inclusive province for all residents,” states Rhonda Rosenberg, Executive Director.
For resources on how to recognize and reject racism, visit http://mcos.ca/marchoutracism and http://mcos.ca/anti-racism-101.
Download and Share News Release
The Multicultural Council of Saskatchewan Calls for Country Thunder to Recognize and Reject Racism in Performances (pdf)
-30-
Media Contact
Justin K. Waldrop
Communications and Marketing Coordinator
Multicultural Council of Saskatchewan
Regina
Phone: 306-721-6267
Cell: 306-537-0593
Email: communications@mcos.ca
About the Multicultural Council of Saskatchewan (MCoS)
The Multicultural Council of Saskatchewan is a charitable, non-profit organization committed to promoting, fostering, improving and developing multiculturalism in the cultural, economic, social and political life of Saskatchewan while working to achieve equality of all residents. All our work is rooted in the five streams of multicultural work: cultural continuity, celebration of diversity, anti-racism, intercultural connections, and integration. We support member organizations in a variety of ways, including workshops, investments in their activities that implement our mission, aims and objectives, networking and information, and being the lead voice on multiculturalism in the province. We also support anti-racism and multicultural education activities in schools.
We celebrate significant dates, such as Saskatchewan Multicultural Week in November, African-Canadian Black History Month in February, International Day for the Elimination of Racial Discrimination on March 21, Hispanic Heritage Month in April, Asian Heritage Month in May, National Aboriginal History Month in June, Celebrate Canada from June 21 to July 1 and Islamic History Month in October.
For more information, please visit mcos.ca and follow us on Twitter, Facebook, Instagram and LinkedIn.
MCoS is Supported By: 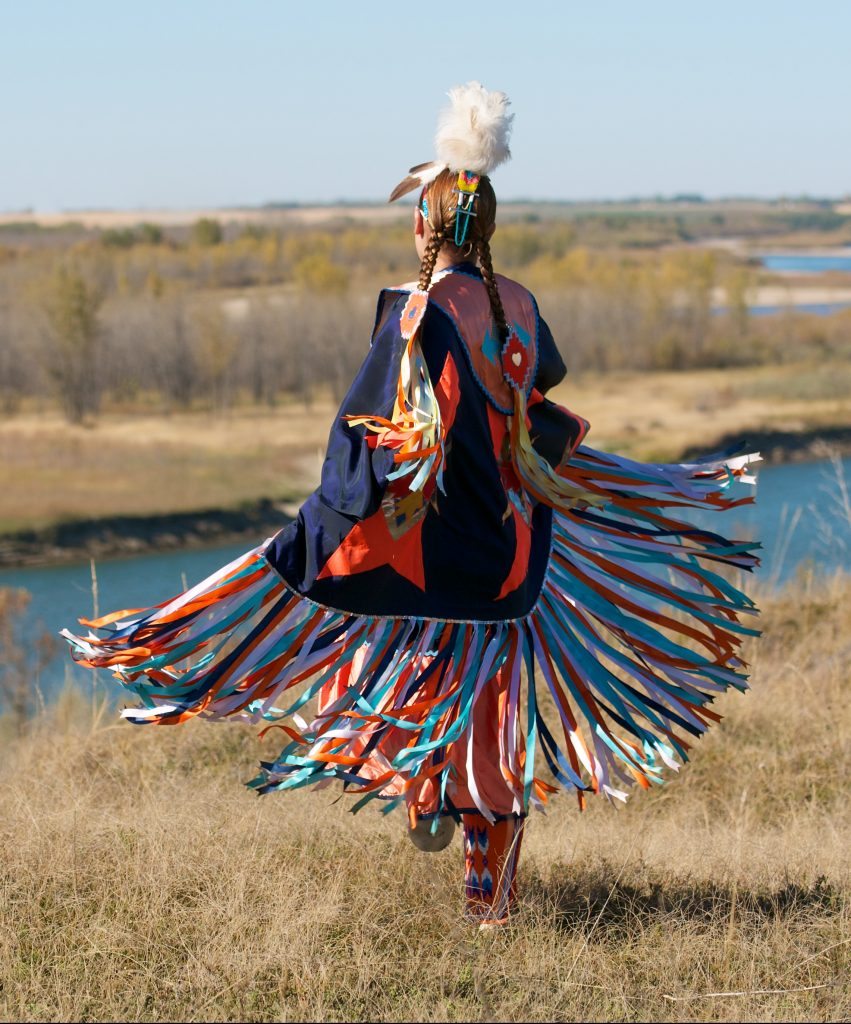 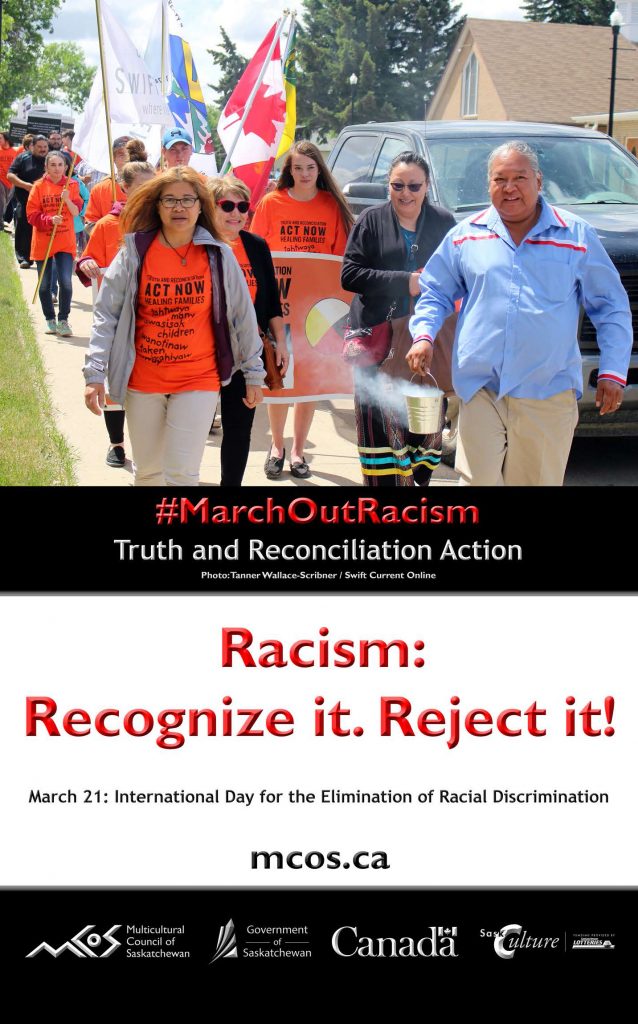 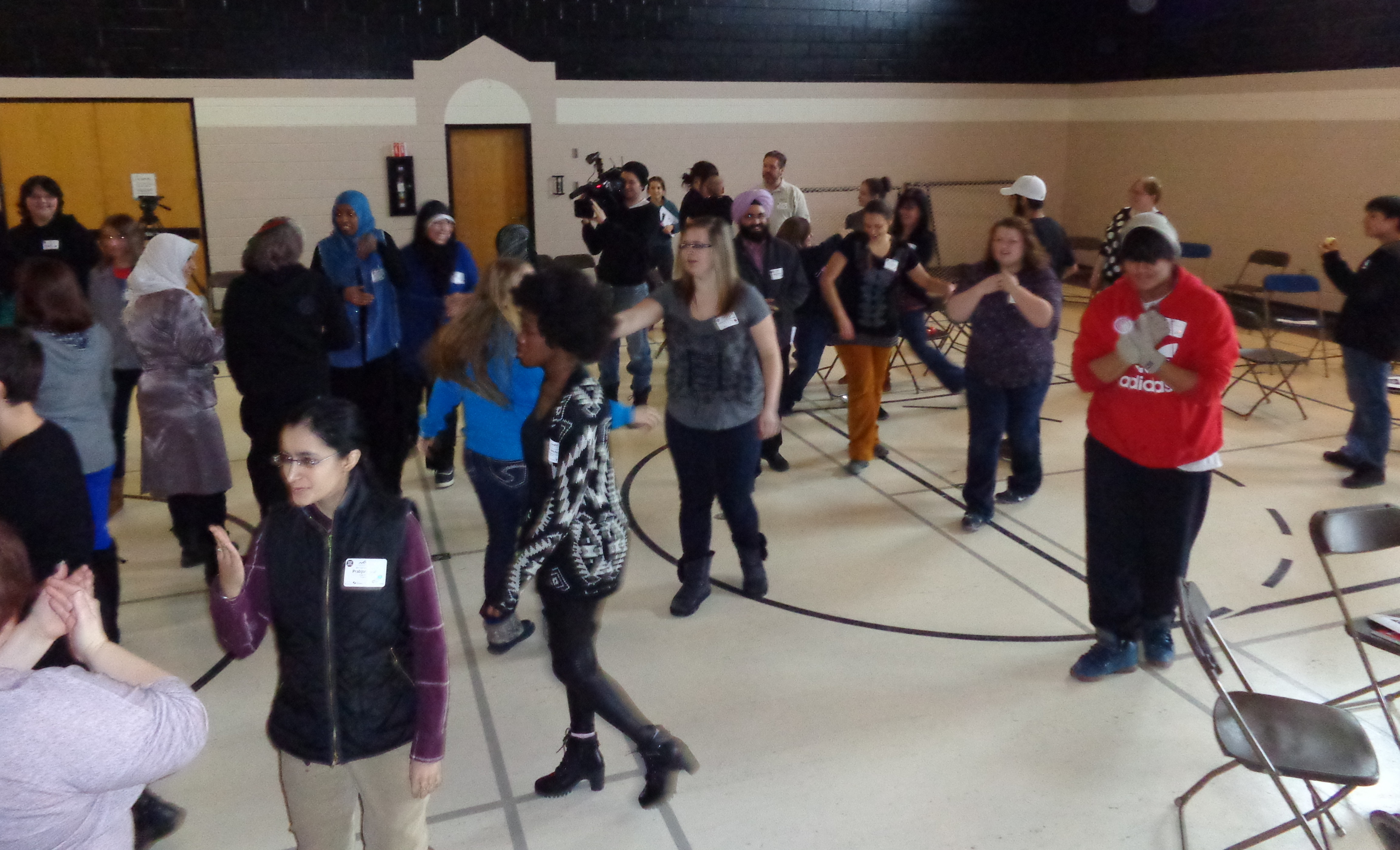 In order to have facilitators for the anti-racism youth leadership workshops, MCoS is offering anti-racism facilitator training.
All workshops are FREE and from 10:30 a.m. to 4:30 p.m.

The Multicultural Council of Saskatchewan (MCoS) is offering an opportunity for high school students to participate in an anti-racism leadership workshop.
All workshops are FREE and from 9:00 a.m. – 3:00 p.m. 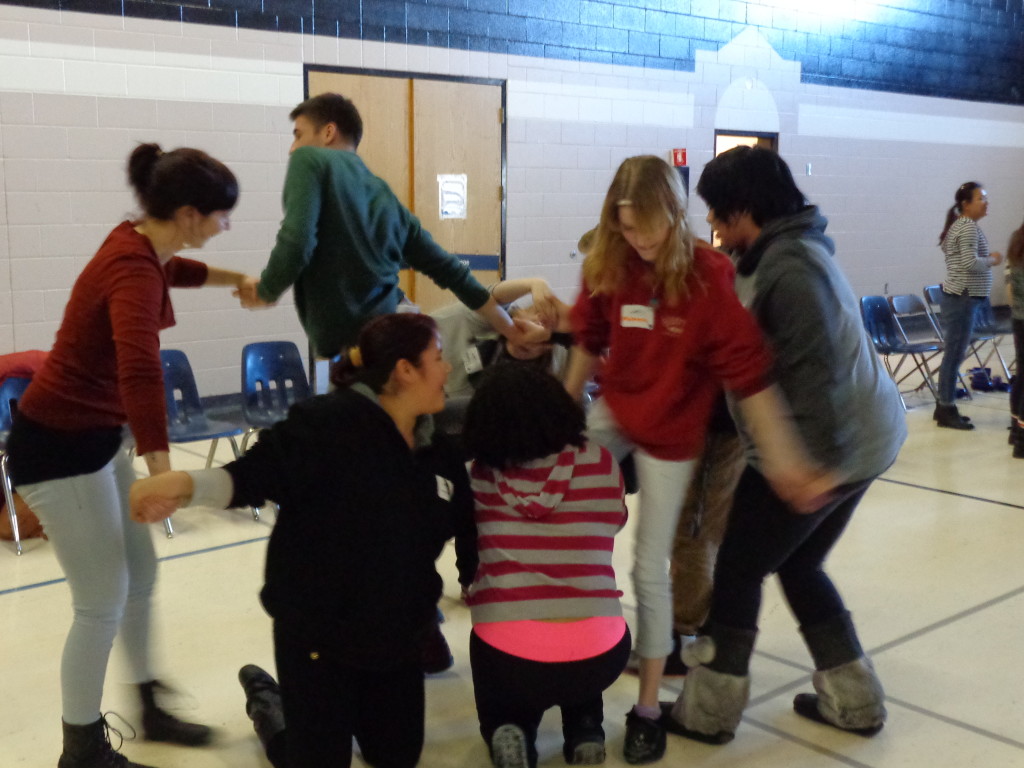 This engagement on anti-racism is open to all Canadians and we want to hear from you! We invite you to lend your voice, views and experiences. Your input is essential to ensure our work to address racism reflects your experiences and your suggestions.

Join in: How to participate

In-person sessions are also being held with community members, leaders, experts (particularly those with lived experience), academics, and stakeholders across Canada. These meetings will not be open to the public in order to ensure that participants are able to have focused, meaningful and safe conversations on subjects that, for many, include reflecting on harmful experiences.
Thank you for your interest. We look forward to your contribution.

We’re interested in hearing from all Canadians, especially those who have direct experience with racism and discrimination and those who offer intersectional perspectives.

To focus on those issues where racism and discrimination most directly touch people’s lives, as well as those policy areas that most closely overlap with the Government of Canada’s jurisdiction, the following themes will guide the engagement:

The theme for the 2019 edition is ‘Coming Together: Exploring New Connections’. The 28 images in the 2019 calendar explore this theme and are original works of art from a wide variety of artists 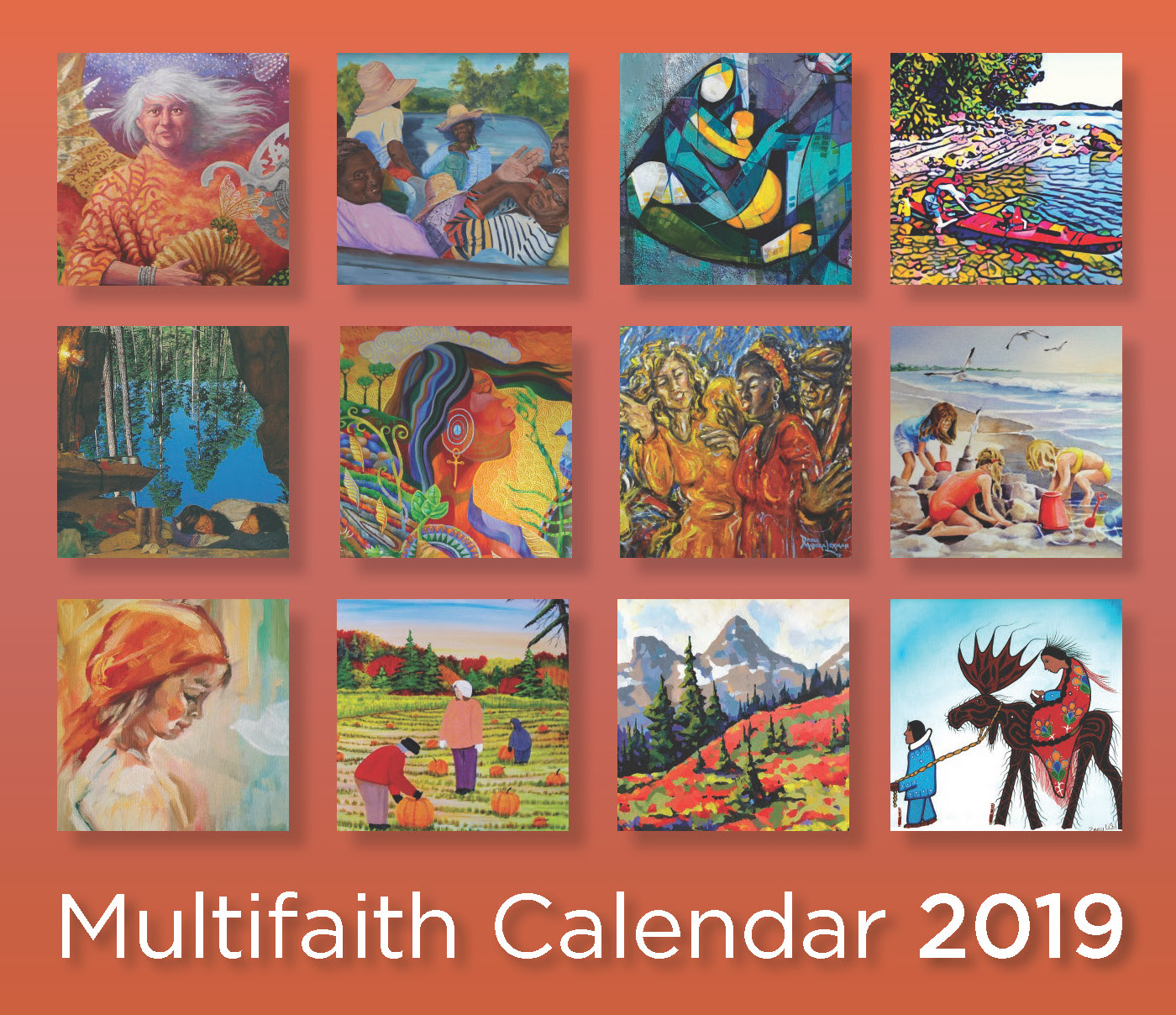 across North America and internationally.
Here are just some of the benefits and uses of Multifaith Calendars:

Multi-Faith Saskatchewan and Multicultural Council of Saskatchewan collaborated in the production of this 45-minute video to mark the 150th Anniversary of Canadian Confederation. The project was supported by the Community Fund of Southern Saskatchewan as well as numerous cultural organizations, faith communities and volunteers. Access Communications donated its services in producing the video.
The main features of the video are the hopes and wishes by children of different faiths and cultural groups for a peaceful and harmonious Canada, silent prayers, cultural performances and the national anthem by all participants.
For more information about Multi-Faith Saskatchewan visit http://www.multifaithsask.org/. You can view the video embedded below and share it with your networks. 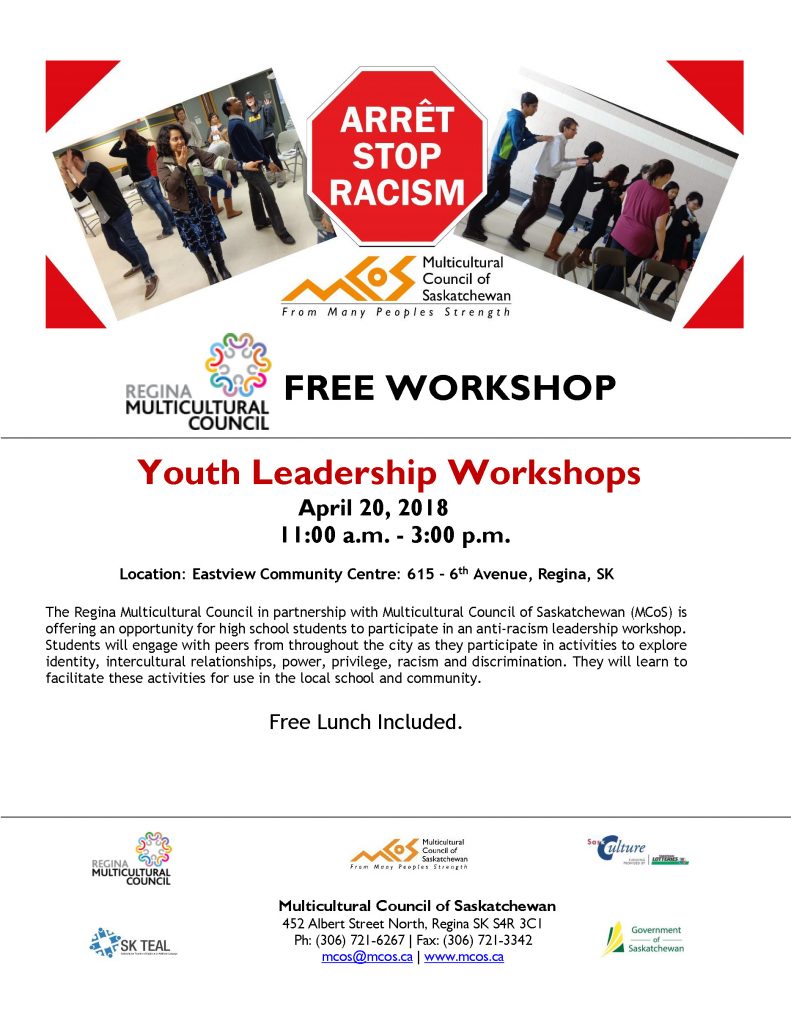